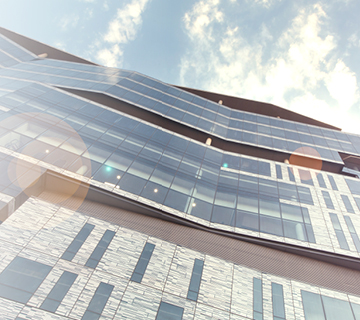 "Our diversified asset platform has been structured to cope in an environment of prolonged uncertainty and low growth. Reducing leasing risk is very important in the current climate and we have also been investing strategically in what has been a busy year," says Redefine CEO Andrew Konig.

Redefine, which stood out as one of the most active dealmakers in its sector during the year, has continued to grow and improve the quality of its local portfolio while targeting a diversified offshore stream of revenue.

During the period Redefine continued to enhance its offshore earnings by expanding its presence in Poland and Australia.

"Locally, developments have been our primary focus in order to expand, protect and improve existing assets that are well located, with projects totalling R3.2 billion completed during the year," adds Konig.

Redefine has focused on optimising capital as the cost of debt crept upwards following South Africa's credit downgrade to sub-investment grade in April.

"Recycling of assets has been important to secure liquidity to fund expansion - we generated R3.5 billion in this financial period from asset disposals and deployed this into assets showing better long term growth prospects," says Konig. Notably, R5.2 billion of development is in progress and will still unfold in terms of expansion, growth and protection of existing assets. Developments in progress and recently completed include the Loftus mixed-use development (Interest: 50.0%) and the Kyalami Corner Shopping Centre which opened for trading in April 2017 (Interest: 80.0%) with a total project cost of R1.2 billion, which will add a further 89,123 m? of gross leasable area (GLA). The major land holdings acquired are two industrial sites, Atlantic Hills (Interest: 55%) and S&J Industrial (Interest: 90%).

Redefine has, meanwhile, continued to build a diversified offshore footprint and income stream. The company's rand hedge earnings were bolstered by maintaining its 39.5% stake in Poland-focused Echo Polska Properties by investing R860 million in their ?150 million equity raise. It has additional exposure to the UK, Australia and the rest of Africa.

Financial director Leon Kok says while a potential further ratings downgrade is a major risk to the economy and business confidence in general, Redefine should be able to weather the storm and has hedged 88.7% of its debt and has sufficient liquidity headroom.

"Our conservative hedging policy on debt and the extension of hedging on our expected foreign income provide certainty going forward from a distribution per share point of view. It implies we are able to withstand undue increases in interest rates and volatility on the currency front," says Kok.

A highlight during the year included the sale of a 22.8% stake in Delta Properties to a women-led BEE consortium in a R1.5 billion vendor funded transaction. "Apart from the commercial upside, this deal drives an urgent need to strengthen women and broad-based ownership in the property sector," says Konig.

Redefine added to its offshore portfolio after acquiring another attractive development site for student accommodation in Australia, following its 90% equity investment in Journal Student Accommodation Fund and Operations, which is based in Melbourne, Australia.

Redefine anticipates the growth in distributable income per share for 2018 to range between 5% to 6%.

"Relentlessly focusing on what matters most will ensure we stay ahead of the curve," concludes Konig.