Protecting, refining and improving our portfolio

We allocate capital where we believe the best market opportunities lie. In this regard, developments offer us the opportunity to protect, refine and improve the quality of our assets.

In addition to Redefine’s own developments, we participate with other development firms to offer customised and creative development solutions, either through improvements to existing premises or through greenfield developments, designed and developed according to a tenant’s specific requirements. The newly refurbished, six-storey 1006 On The Lake office block is ideally situated in Lenchen Avenue North, Centurion. Centurion is highly sought after for its centrality as a business address, as it is perfectly positioned between Pretoria and Johannesburg and offers easy travel to OR Tambo International Airport. 1006 On The Lake boasts a host of entertainment and lifestyle spaces nearby, such as SuperSport Park, the world-class cricket stadium, Centurion Mall, with its restaurants, cinemas and leading retail outlets, and the infinitely elegant Centurion Hotel. The newly refurbished 155 West has been skilfully reimagined through an ideal fusion of form and function. The addition of a striking lightbox doorway with an overhead roof garden lends a futuristic feel to the already prestigious address. 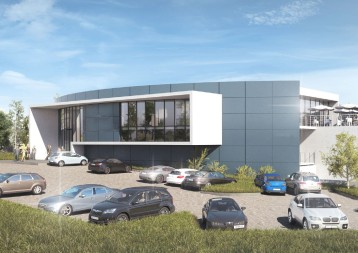 Atlantic Hills will extend the logistical reach of businesses by providing extensive access to all major transport routes in Cape Town. The industrial estate will be breaking new ground in Durbanville and will boast the largest supply of electricity in the area. See the link here: https://atlantic-hills.co.za/ 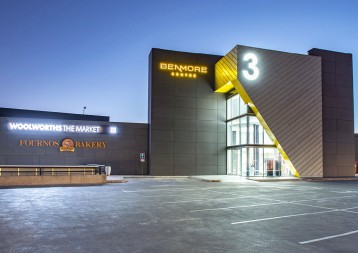 Benmore Centre is situated in the world-class Sandton district and presents a thoughtful blend of convenience and indulgence. This chic, modern 23 028.40sqm centre offers convenient day-to-day shopping and unique boutique experiences – including retail anchors such as Pick n Pay, Woolworths and Dis-Chem, and speciality stores like Rain. Benmore Centre also offers an enticing selection of food outlets, including popular restaurants, deli-style eateries, healthy food on-the-go and a Woolworths food store, among others. With its inviting cosmopolitan ambience and diverse selection, Benmore Centre has it all. Brackengate 2, a strategically located business park on the link between N1 and N2 in Cape Town, is ideally positioned to offer development opportunities for warehousing and light manufacturing enterprises, as well as a comprehensive new lifestyle retail and home improvement centre. Our ethos is to develop tailored facilities to meet your business needs within a node that links efficiently with major highways, air and rail infrastructure. Located directly outside the University of Pretoria, Hatfield Square is in a prime position to succeed as a mixed-use student accommodation development. Phase one was completed January 2017, making more than 400 beds available. Phase 2 will push the total bed number up to over a thousand beds by January 2018. The final phase will complete the total of 2 200 beds before the end of 2018. The overall development will offer residential and retail components, and serve as a flagship, mixed-use precinct that resonates strongly with the live, work and play theme that echoes across Respublica residences. 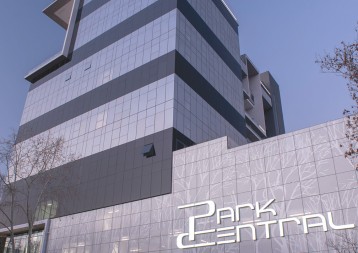 Rosebank: The future Manhattan of Johannesburg. Pioneering a new urban lifestyle, Park Central is Redefine Properties’ latest residential development. At 20-storeys, it is one of the tallest buildings in Rosebank, with 159 luxurious apartments, from studios to penthouses, in 41 configurations. Embrace the growing trend towards urban residential living. Park Central offers sound investment opportunities and desirable rental options. Residents can enjoy a range of amenities and facilities, including 24-hour security with access control and cameras, and front desk services. Situated close to a neighbourhood greenbelt, the building offers sustainable interventions, such as LED lighting, centralised air-conditioning, gas-heated central hot water, and an energy-efficient façade. Pinnacle on Park is the 20th-storey rooftop clubhouse and swimming pool with breath-taking vistas, while Social on Park offers residents an exclusive venue for private functions, complete with a fully equipped kitchen. Park Central offers a luxurious lifestyle in a vibrant, multicultural district in one of the fastest-growing economic nodes in Johannesburg, South Africa. Park ONE offers flexibility for a single user or can easily provide a multi-tenanted facility. Its open courtyard, shared reception area and terraced pause areas provides for a staff centric environment which includes uninterrupted views of table mountain whilst overlooking the award winning estuary. Century City is equipped with South Africa’s first open access fibre optic network. This means that businesses and residents not only have access to the fastest internet connection available but are free to choose competitive packages from a wide range of internet service providers. Century City boasts a variety of function and conferencing facilities including the state-of-the-art Century City Conference Centre and Hotel which opened in early 2016. The 1200 seat Conference Centre, which has a total capacity of 1900 over 20 venues, provides the ideal location for a wide variety of events and has taken the market by storm. For further information,  go to www.ccconferencecentre.co.za Century City’s Intaka Island is a 16-hectare nature reserve that is home to endangered fynbos, including some red data species, and over 120 bird species. Its wetlands system acts as a biological filter, cleansing the water in Century City’s extensive 8-kilometre canal system. The nature reserve has become an important educational and eco-tourism destination. Century City is very centrally situated in relation to the greater Cape Town metropole, providing convenient access to and from the CBD, the V&A Waterfront, the Atlantic Seaboard, Southern, Northern and West Coast Suburbs, the airport and the wine lands. Being situated on the N1 highway provides quick and convenient access for motorists, while public transport is extremely well catered for in the form of train, bus, mini bus taxi and BRT routes Century City is a bastion of safety and security, making use of a network of more than 120 constantly monitored CCTV cameras. This forms part of the Century City Property Owners’ Association own rapid response security force, which operates 24-hour vehicular and pedestrian patrols. 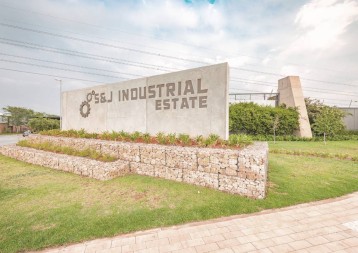 Located between the Geldenhuys and Elandsfontein interchanges on the N3 highway, S&J Industrial Estate sets the benchmark for industrial precincts in South Africa. With high visibility and ease of access, this 210-hectare prime industrial space offers state-of-the-art facilities, including a conference centre, 24-hour gate houses and fibre connectivity – all of which add value to the manufacturers, distributors and warehouses situated in the precinct. Designed as an industrial hub which caters for the full spectrum of industrial operations, S&J Industrial Estate offers the perfect base to grow and expand your business.